Christian Funeral Services generally serve the same function as other funeral services: to celebrate the life of the deceased, offer comfort to those grieving, and hope for the future. The basic Christian funeral normally includes: an opening statement by the pastor or priest, then a message of hope or support for the family, followed by the body to be buried or presented in order of preference. Sometimes there is a reading of scriptures followed by prayer and hymns. It is important for the pastor or priest to keep the service Christian centered, so that all attendees feel welcome and at ease.

There are many different Christian Funeral Service practiced throughout the world. The most traditional Christian service, also known as a traditional funeral, ends with the burial of the deceased. In some Christian traditions, the funeral memorial service is conducted in a separate room or hall away from the family gathering. In other cases, the funeral includes a service that welcomes those grieving for their loss and gives them hope for a bright and wonderful future. In addition to these traditions, Christian funerals can also be as informal as possible. Often, the most meaningful part of a Christian service is when the minister or priest expresses his or her love and gratitude to those who have experienced loss and are experiencing sadness, especially during this time. 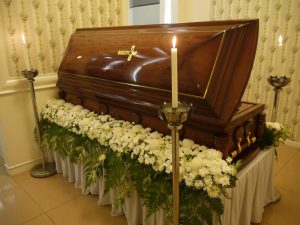 Some other differences between the two types of ceremonies include the length of time spent at the service and the number of people present. While a standard memorial service is generally held for one hour, many contemporary christian funerals last up to three hours. Traditionally, the number of people who attend a traditional Christian funeral service is usually around 30. These large gatherings are typically held outdoors, which can make it difficult for some families to find a parking space for several hours.

In addition, the way in which the deceased has been mourned can differ between a standard funeral service and a Christian memorial service. A traditional memorial is concluded with a funeral ceremony by a minister, officiant, or pastor. A christening, where the child is laid to rest, is followed by a gathering where family and friends come together to say goodbye and give comfort to the grieving. At the conclusion of this gathering, friends and family gather to say a prayer of remembrance for the deceased and sign a special tributes book.